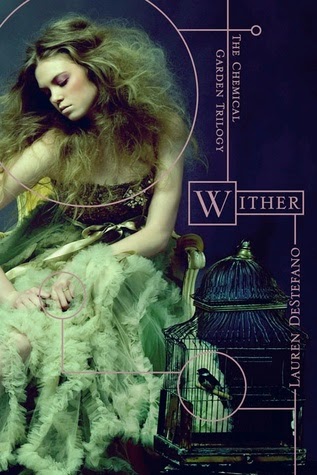 By age sixteen, Rhine Ellery has four years left to live. She can thank modern science for this genetic time bomb. A botched effort to create a perfect race has left all males with a lifespan of 25 years, and females with a lifespan of 20 years. Geneticists are seeking a miracle antidote to restore the human race, desperate orphans crowd the population, crime and poverty have skyrocketed, and young girls are being kidnapped and sold as polygamous brides to bear more children. When Rhine is kidnapped and sold as a bride, she vows to do all she can to escape. Her husband, Linden, is hopelessly in love with her, and Rhine can't bring herself to hate him as much as she'd like to. He opens her to a magical world of wealth and illusion she never thought existed, and it almost makes it possible to ignore the clock ticking away her short life. But Rhine quickly learns that not everything in her new husband's strange world is what it seems. Her father-in-law, an eccentric doctor bent on finding the antidote, is hoarding corpses in the basement. Her fellow sister wives are to be trusted one day and feared the next, and Rhine is desperate to communicate to her twin brother that she is safe and alive. Will Rhine be able to escape--before her time runs out? Together with one of Linden's servants-Gabriel-Rhine attempts to escape just before her seventeenth birthday. But in a world that continues to spiral into anarchy, is there any hope for freedom?

So, I had been waiting to read Wither for quite some time now and I had heard such great things about it that I am happy to say I didn't disapoint. Granted it started it off a bit slow, but not "how on earth am I supposed to finish this first page" slow which is good. The way Lauren did world building in the beginning was great, she didn't start off in a usual way I mean the story opens when the main character, Rhine, has awoken from being kidnapped so she has to go back and fill in the details. I do like Rhine as a Character she wasn't to whinney or stubborn, and she wasn't too stereotypically pretty.

Now for the things I didn't enjoy to much. I honestly think that this is not a meaty you have to pay attention to every detail type of book. There wasn't very shocking plot twists (except maybe one) and I kind of felt like "why am I reading this??" But that's escapist literature for you, sometimes you honestly don't know why your reading it but it makes you feel good. I think in the end the positive out weighs the negative in this book.

I do have to say this story concept was very interesting. It's not like anything I've read before. Basically, its in the future when scientists have figured out how to have disease proof babies but there's a catch. Males die at 25 and Females at 20, so its very sombering. The whole time I was reading this I was thinking, "Would I want to live in a world where there are no diseases but you know your death date?" Uhhhh NO. I feel like I would be depressed all the time. So I think this world is up there in my top fictional worlds I'd pass up on.

Overall, I'd say read it! Wither is a very different type of story that will pull you in and leave you wanting more. 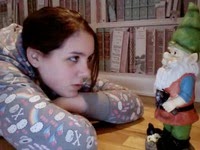 Lauren DeStefano (pronounced: de STEFF ano) is a lawn gnome enthusiast and New York Times bestselling author of some books, which you can find listed below this bio. For the first six years of her life, she thought she was a mermaid and still has her suspicions. When she isn't writing, she is often composing tweets that make as little sense as possible. They can be found here: https://twitter.com/LaurenDeStefano

Visit her online at: http://www.laurendestefano.com